"Yo this is blah, I'm in blah, does anyone know how to hop a train out of blah?" 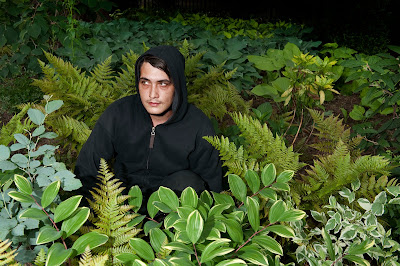 In 2003, 2004, all the kids that were in New York that were squatters had set up this Yahoo account thing. It was like 1-800-My-Yahoo. If you knew the number and stuff it was like a big voicemail system. You would call and leave a message. Like a lot of people ended up with it eventually. If you ever ended up in a bind and wanted to know how to get somewhere, you'd dial it up and punch in the digits, you'd be like, "Yo this is blah, I'm in blah, does anyone know how to hop a train out of blah?" So I was like yo I'm in LA, we're in Santa Monica, this, that and the other. Well a friend of mine heard the message and he had a Union Pacific like official pin number like of a conductor, engineer, who knows what, account. And he knew where at any given time, he could look it up where you were and stuff or somewhere nearby to see where any Union Pacific train would stop. What time it would be there, what it was picking up, like a string of cars, what tracks it's on and you know this , that and the other. They left me a message saying we should go to Oxnard, just north of Malibu.

We get to Malibu. When we're walking through Malibu, we cut through a parking lot. This like really fancy car pulls in and they're like, "Are you backpacking? Yeah you're backpacking, hitchhiking? We use to do that in Europe. You need a benefactor?" And we're all at the same time, "Like yes!" And they handed us each a hundred dollar bill. Boom, boom, boom, boom, boom. And like fifty bucks for the dogs too. We hitchhiked to Oxnard. And then we went up the west coast.