"What they call you know destroyed and by the time the cops got there I was laying out on the grass." 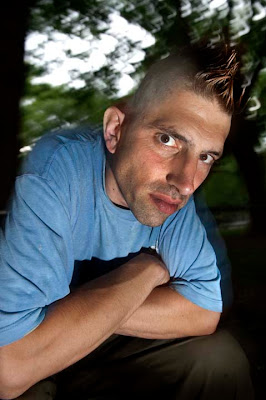 I was hanging out with friends. Sitting in the back seat and I had a half a can of beer and we were getting on the expressway and supposedly what his girlfriend said who was sitting in the front seat with him, he was going too fast. He hit the curb and blew out the front axel. The car was totally immobile. What they call you know destroyed and by the time the cops got there I was laying out on the grass. So they thought something was wrong with me and they dragged me to the hospital. And when they dragged me to the hospital they found all kinds of medication in my system and they asked me why there was so much medication in my system because I was on methadone and a few other things. You know what I'm say that I had legal prescriptions for; but I was in the back seat you know. I don't remember any of it. At all. I've been trying to get my stuff back from the car and the girls car who owned it doesn't remember what company towed it and where the car is. Because she lost the slip they gave her where they towed the car. So now not am I only out the money I had on me and everything else that was mostly in my pockets, you know what I'm saying, I'm out my paperwork, my clothes, all the stuff that I carry. My jacket. I own, this is all I have what's on my back right now.

I was in the hospital, the first day unconscious. The second day I was awake but I was very groggy and I didn't want to get out of bed. And today I woke up and they discharged me. They said there's nothing wrong with you. Absolutely there's no bumps. I have no bruises, no scratches. I was lucky. The whole car was destroyed and it was a Lincoln Navigator which is like a tank.

I saw my mom, she gave me some money for my birthday and I went and got a haircut so I look more presentable out here you know and stuff like that.