A terrorist task force came and kicked in my door." 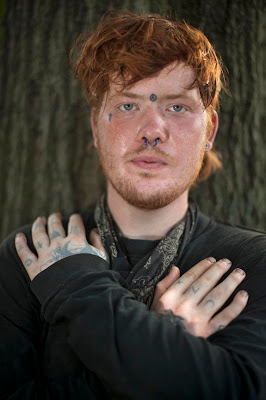 We were stealing like hundreds and hundreds of credit cards and debit cards. With the credit cards we'd just do credit card fraud ordering like pretty much anything possible we could think of because we were so young there was probably nothing I didn't order. Finally what it came down to I was ordering fireworks offline like flash powder, making M80's and I lived really close to Quantico military base so I guess they established I was a terrorist trying to plan a terrorist attack. And one morning I was sleeping on the couch, a terrorist task force came and kicked in my door and took all my computer, digital disks and everything in the house. They left. Nothing came of it for a couple of months and then one day just like ten cops showed up to the house. All these states are trying to extradite me for all the peoples credit cards from different states. But I was so young they really couldn't do anything. To this day I'm still not really allowed near computers.

It's kinda weird cause I just stopped going. Nothing ever came of it. No truancy officers never came to the house. Nothing every happened. Actually at the time he was a heroin addict. He was kinda doing his own thing. I pretty much watched out for myself. I've never met my mother. She left when I was born.