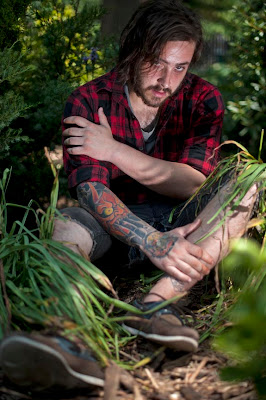 When I was five I was abandoned by my mother. My mother ended up leaving because my dad was very abusive and would beat the crap out of her. So she left for about a little over a year. She was gone. She hit the road. I don't know what happened to her, what she did during that period. I was obviously too young to recollect what was going on. I remember him beating her a lot.

My father was a heroin addict, my brother was a heroin addict, my sister was a heroin addict. I mean it runs in my family. It's like they're all into it. I thought it was the most disgusting drug ever. And I wasn't doing my pain pills, you know that I was prescribed. Cause I didn't want to catch a dependency to that. I was trying to keep my life straight. I can deal with the everyday that people face, the pains and heartache everybody goes through. I could deal with it at that time. And I don't understand why I can't cope with it now. And I do get clean. I'll get clean for a few weeks, a month, a month and a half and then something will happen and I just go right back into it. I pretty much get super depressed and the only thing that makes me forget about my depression and lead a normal life is drugs. Obviously it's a chemical imbalance but I don't know what it is. It makes me feel like i need it. I need it constantly to be happy. Cause it's the only time I have a smile on my face. I've been homeless for the, gosh, three months here and I had my friend go, "I just don't understand how you can cope with being homeless and how you can be so happy all the time. I would have gray hair and pulled out all my hair by now." Little did he know, you know the only reason I've been happy all the time is because I've been using heroin. Being homeless isn't so bad when you're high ninety nine percent of the time.