"He's on the ground bleeding with a knife sticking out of his stomach." 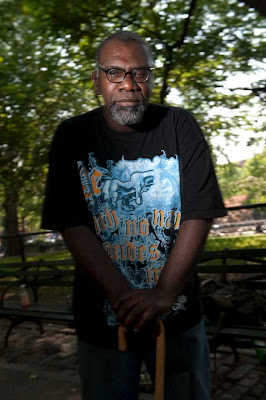 A guy comes up and gives me twenty xanax, six oxycontin. Another dude gives me three bags of dope. I take four xanax, two oxycontin. My nephew comes and gets me and takes me to the house. I go to the house. I'm like fucked up. I passed put. I wake up. His kids mother comes over, catches him with another chick who him and his boy were fucking in the park. She stabs him in the stomach, robs the girl. The girl calls the police and says they raped her. His third girlfriend comes to the house and catches this dick and the next dick. They start arguing. While the police were locking him up, she's stomping him, while he's on the ground bleeding with a knife sticking out of his stomach and stomps him. Police ask me, "Is he alive, I think he's dead, I think he's dead." And that was the end of the night.