"I dunno what the reason was but he made stew out of her and served it here in the park." 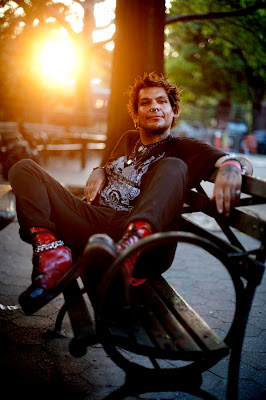 I don't know if you remember a few years ago this guy Rakowitz. He was this local guy in New York. He used to date this girl, she was like you know this ballerina student and I don't know, they had a wicked crazy relationship. Anyways like one time you know they used to come serve food in the park. Yeah this guy you know one time he came to the park, here at Tompkins and he brought this stew. It was actually pretty delicious. It wasn't that bad till you know we found out a few days later when it was on the news that, what that stew was. Was actually his girlfriend. That he ended up um, he ended up murdering her. And I guess for some reason trying to get rid of the evidence, I dunno what the reason was but he made stew out of her and served it here in the park. A bunch of us ate the stew. I ate the stew. And the thing is it was actually good so I even had seconds. Yes I had seconds. Anyway how this guy ended up getting caught was you know I guess it was Port Authority he actually kept a bucket with hid girlfriends head in it.